But the response of certain trays in some towers is quite dierent. As the vapor ow is increased, delta P increases in a normal and predictable manner.

But suddenly the delta P slips down, above a certain vapor rate, and then stabilizes at a lower value! Lieberman, I've been a tax examiner for 20 years," Himmel objected, "And I've never heard such nonsense. About pressure drops in trays going down as ow goes up. Don't try to bamboozle the IRS.

Even the layman knows that resistance to ow goes up when more gas ows through a restriction. That's just common sense.

Himmel, you will admit that an observation that contradicts 'common sense' is stressful. Figure Eect of restoring downcomer seal on ooded distillation trays. Himmel looked at the sketch, looked at his watch, and looked at me. It does not qualify under the tax code as a business-related expense.

And on a personal level, I nd your sketch to be an aront to my intellect. Just like your tax deduction, it's just nonsense. Resealing Downcomers To understand the malfunction that leads to the nonlinear response of tray delta P to increasing vapor ow, we need to understand two terms: Delta P dry Delta P dry is the pressure drop of the vapor owing through the orices or valve caps on the tray oor. Delta P dry must always increase with the vapor ow rate, squared. Delta P hydraulic is the height, or the depth, of the liquid sitting on the tray deck.

The problem is that if delta P hydraulic gets much bigger than delta P dry, then the tray decks will begin to leak. Valve trays may be a little better in retarding leakage than sieve or grid trays, but not by much. As long as some of the liquid is overowing the outlet weir, tray deck leakage just reduces tray eciency. But if all the liquid is leaking through the tray deck, then the liquid level on the tray will fall below the bottom edge of the downcomer from the tray above.

I have shown this problem in Figure An unsealed downcomer causes the trays above to ood. Tray deck 1 is sagging. The liquid in the downcomer from tray 2 is pushed up onto tray 2's deck, which then oods. The ooding progresses up the tower, until all the trays above tray 1 are ooded.

How could I be so smart on this subject? Because, at the Chevron Renery in Port Arthur, Texas, they have a 4-inch diameter glass distillation tower. Unsealing any downcomer caused all the trays above to ood. Also, when we opened the tower for inspection at the Coeyville crude distillation unit, we found tray 1 sagging.

Liquid drains through the tray deck 1 because of the low delta P dry and the sag in the middle of the tray deck. 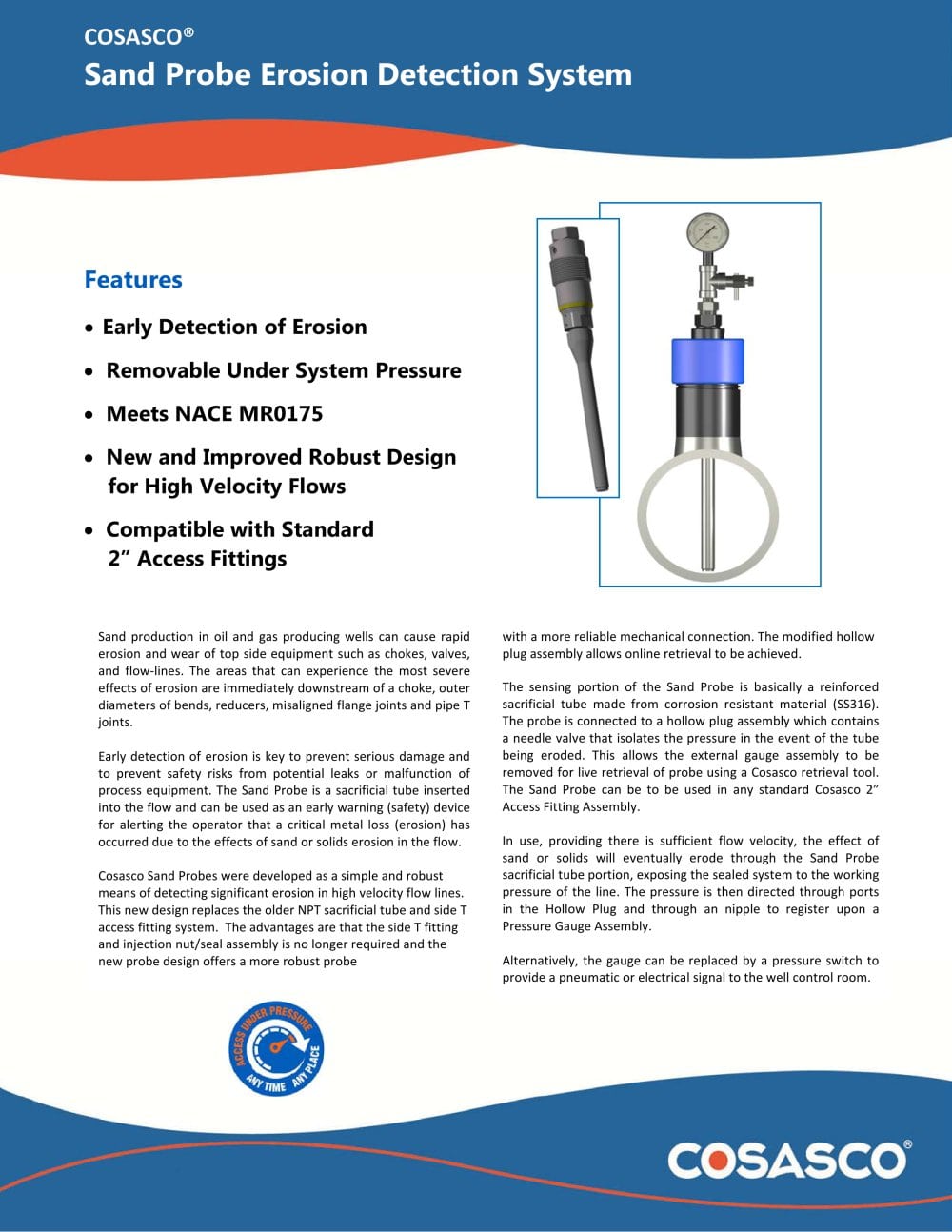 This vapor displaces the liquid out of the tray 2 downcomer. The liquid is pushed up onto tray deck 2. Tray 2 oods. As ooding progresses up the tower, trays 3 and 4 will also ood with time. As the vapor ow increases, the ability for liquid to ow down through the tray 2 downcomer becomes less and less.

The height of the liquid on the tray deck 1 increases until the liquid begins to overow its weir. The downcomer seal from tray 2 is reestablished.

Now the liquid can once again drain freely from the tray 2 downcomer, onto tray deck 1. Also, trays 3 and 4 drain down. The reduced weight of liquid on tray decks 2, 3, and 4 reduces tower delta P. As vapor ow continues to rise, the tray delta P goes up in a normal manner as shown in Figure , due to the increased delta P dry. Eect on Fractionation At the Coeyville Renery, we found that fractionation was bad and became worse as we increased the vapor rate.

However at some point, fractionation eciency would suddenly become better as we increased the vapor rate past some magic point. And this magic point would coincide with the sudden reduction in tower pressure drop, as the vapor ow increased.

Further increases in the vapor ow did not have much eect on fractionation eciency. Moreover, all of them include two activities: visual inspections and lubrication. This is because it is demonstrated that these tasks realization in any equipment is profitable.

Even in the simplest model Corrective Model , in which virtually the equipment is left on its own and we do not deal with it until a fault occurs. It is advisable to observe it at least once a month, lubricate it with suitable products to their characteristics. Visual inspections virtually no cost money these inspections will be included in a range where we have to look at other nearby equipment, so it will not mean we have to allocate resources specifically for this function.

This inspection allows us to detect faults in an early stage and its resolution will generally be cheaper as soon as detected.

Lubrication is always profitable. Although it does represent a cost lubricant and labour , it is generally so low that it is more than warranted, since a malfunction due to a lack of lubrication will always involve a greater expense than the corresponding to lubricant application. With this remark, we can already define the various possible maintenance models.

It is applied, as we will see, to equipments with the lowest level of criticality, whose faults are not a problem, economically or technically. In this type of equipment is not profitable to devote more resources and efforts. If after testing we discovered an anomaly, we will schedule an intervention; on the contrary, if everything is correct, we will not act on the equipment.

This maintenance model is valid in equipment not to very used, or for equipment that despite being important in the production system the probability of failure is low. It is a model widely used in equipment of medium availability, of some importance in the production system whose failures cause some disruption. It is important to note that equipment subjected to a systematic maintenance model does not have to have all its tasks with a fixed schedule.

Just a equipment with this model of maintenance can have systematic tasks that are carried out regardless of the time it have been operated or state of the elements on which it works.

It is the main difference with the previous two models in which to perform a maintenance task should be some sign of failure. An example of equipment subjected to this maintenance model is a discontinuous reactor, in which the tasks that must react are introduced at once, the reaction takes place, and then the reaction product is extracted before making a new load.

Regardless of this reactor is doubled or not, when operating should be reliable, so it is warranted a series of tasks regardless of whether any signs of failure have been arose.

Other examples: The landing gear of an aircraft The engine of an aircraft D. It is applied to that equipment that under no circumstances may suffer a breakdown or malfunction.

The same principle applies to most other electronic devices and similar principles apply to mechanical devices. Some failures are part of the normal wear-and-tear of components in a system.

A basic principle in troubleshooting is to start from the simplest and most probable possible problems first. This is illustrated by the old saying "When you see hoof prints, look for horses, not zebras", or to use another maxim , use the KISS principle. This principle results in the common complaint about help desks or manuals, that they sometimes first ask: "Is it plugged in and does that receptacle have power?

A troubleshooter could check each component in a system one by one, substituting known good components for each potentially suspect one. However, this process of "serial substitution" can be considered degenerate when components are substituted without regard to a hypothesis concerning how their failure could result in the symptoms being diagnosed.

Simple and intermediate systems are characterized by lists or trees of dependencies among their components or subsystems. More complex systems contain cyclical dependencies or interactions feedback loops.

Such systems are less amenable to "bisection" troubleshooting techniques.

It also helps to start from a known good state, the best example being a computer reboot. A cognitive walkthrough is also a good thing to try. Comprehensive documentation produced by proficient technical writers is very helpful, especially if it provides a theory of operation for the subject device or system.

A common cause of problems is bad design , for example bad human factors design, where a device could be inserted backward or upside down due to the lack of an appropriate forcing function behavior-shaping constraint , or a lack of error-tolerant design. This is especially bad if accompanied by habituation , where the user just doesn't notice the incorrect usage, for instance if two parts have different functions but share a common case so that it is not apparent on a casual inspection which part is being used.

Troubleshooting can also take the form of a systematic checklist , troubleshooting procedure , flowchart or table that is made before a problem occurs.

Developing troubleshooting procedures in advance allows sufficient thought about the steps to take in troubleshooting and organizing the troubleshooting into the most efficient troubleshooting process.If you people spent more time working and less time complaining. But Mr. The answer was also provided by the old seal pan drawing. But these correlations fail to take into account real-world installation. The level in the condenser shell is not known. Perhaps the best method is by heat balance.

An aqueous KOH brine is formed. The answer was also provided by the old seal pan drawing. The 4-inch sewer line under our slab has plugged.

CARLEE from Iowa
I do love studying docunments fiercely . Please check my other articles. I absolutely love beer pong.