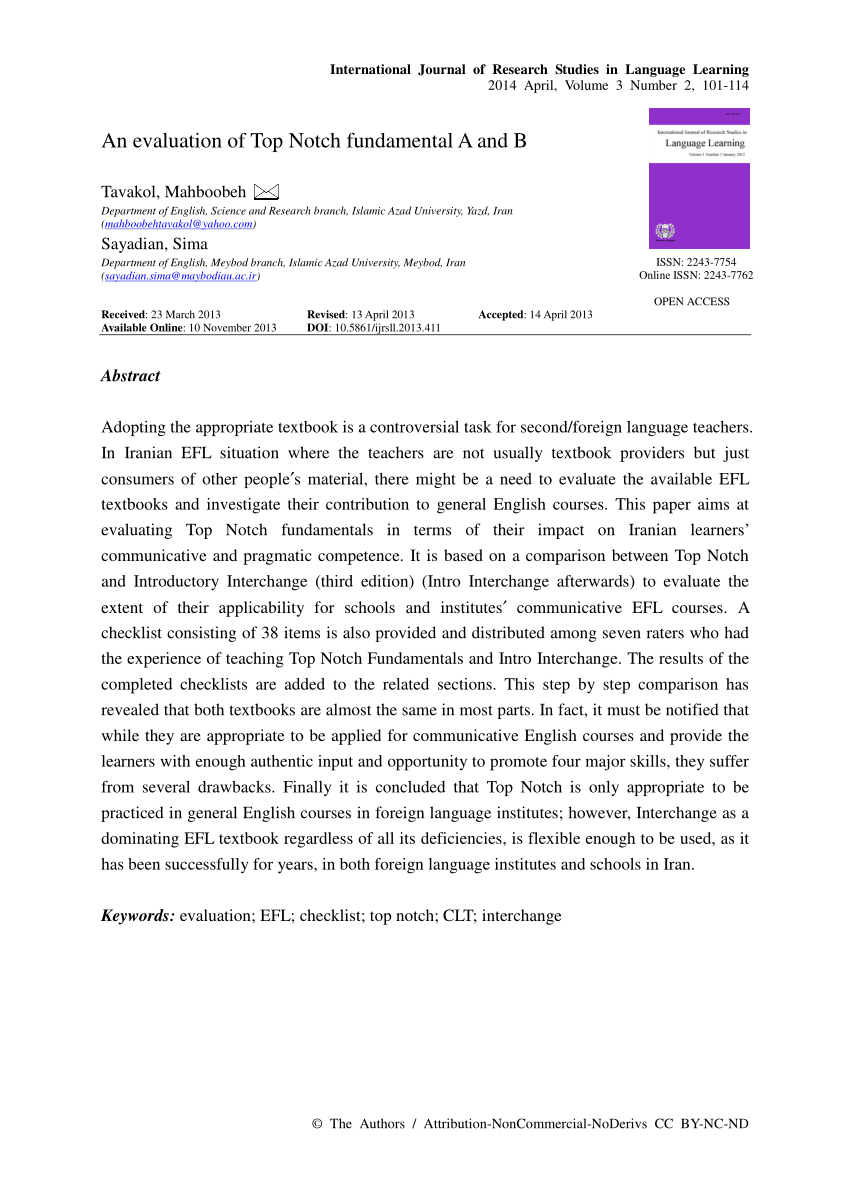 Karen Cleveland: Each Student's Book contains 16 teaching units, frequent progress checks that allow students to assess and monitor their own learning, and a self-study section. The Workbook has six-page units that follow the same sequence as the Student's Book, recycling and reviewing language from previous units. The full-color Video Activity Book is designed to accompany the videos and provides pre- and post-viewing tasks for the learner.

The CD-ROM provides engaging and enjoyable interactive activities for users to do on a computer at home or at school and includes sequences from the Interchange videos.

Interchange Third edition is a four-level series for adult and young-adult learners of English from the beginning to the high-intermediate level. The full-color Video Activity Book is designed to accompany the videos. It provides pre- and post-viewing tasks for the learner. There are follow-up and Language Close-Up sections for those who want to use the videos as the basis for a short course, or to review more thoroughly the contents of the Student's Book.

The Student's Book contains 16 teaching units, progress checks, additional Interchange Fourth Edition is a fully revised edition of Interchange, the world's most successful series for adult and young-adult learners of North American English. The course has been revised to reflect the most recent approaches to language Student's Book B, Level 1 builds on the foundations established in the Intro level for accurate and fluent communication, extending grammatical, lexical, and functional skills.

Student's Book B, Level 1 contains units , the second half of the The course has been throughly update to reflect the most recent approaches to language Interchange Fourth Edition is a four-level series for adult and young-adult learners of English from the beginning to the high-intermediate level. Another of my favorites is on page , "Channel Your Inner Monk.

But when I read your text, you're of course working way beyond the consultant. My other favorite expression on this is "you only learn when you're not talking.

I'm also excited about the "not spending any money for a day" exercise on page I think with both of those exercises, the most important thing to remember is that it's fine to fail. The point of self-denial is to make yourself focus on stuff you take for granted—speaking freely, spending your way through the day as a matter of course.

But yes, per your friend, I suspect a useful side effect of speaking less is a different kind of listening. She's actually quite wise: I'm pretty sure we all know professionals in many fields who are a lot more focused on telling their clients things, rather than absorbing what the client wants and needs. I'm pretty sure I've done versions of that myself. On page 39, you talk about Adam Grant's notion of conditional thinking—key for designers of course.

Can you describe this a little more, and maybe talk about some of the ways that you incorporate this kind of thinking in your own process and work?

The point of the underlying research was that the subjects needed an eraser, and didn't have one. But those who were primed to think conditionally to think about what "could be" instead of what "is" realized that a rubber band can function as an eraser.

Those who weren't primed that way were much less likely to have that epiphany.

So I think this is a way of looking that could simply be fun, but is also kind of at the heart of innovation. How did you go about clustering the exercises to come up with these, and what were some of the categories that didn't make it to the finish line?

We designed the book in a way that you can actually ignore those sections altogether, flip around, read it any order. The exercises are ranked by difficulty, so you can focus on that if you want.

This could have been another way to order the book—easy to difficult—but I never seriously considered that structure, it just didn't feel right to me. In a way, this all a concession to short attention spans! I'm trying to meet readers where they are. Nobody needs a tome on how hard it is to focus. So, the first section focuses on the visual, because that's what people think of when you first describe noticing or attention.

Thus the cover features an eye symbol. So that's just starting where the reader is.

I thought about structuring it around the five senses, but for a variety of reasons that just didn't work. So the second section became concentrated on getting beyond vision—sound, touch, and even sensations beyond the five senses feelings, etc. The third section focuses on place—exploring new places, re-exploring the ones you know well.

The fourth section is about connecting with other people. This is an idea that basically came from students. Every year I ask them to "practice paying attention," and the point is to see how they resolve the challenge. On several occasions the ideas involved talking to or attending to strangers, which would never have occurred to me. I'm very introverted. But it makes a lot of sense, and inspired a whole bunch of ideas about listening and communicating and how attention affects relationships, both close and fleeting.

The last section is more interior. I had this rough structure, but it wasn't really thought out very well until my editor Maria Goldverg got involved, and I remember her saying what I'd done boiled down to: "First you look around, then you end up looking inside.

She had a lot to do with that. And speaking of the cutting room floor: Are there two or three exercises that didn't make it into the book? Anything that you were in love with but just couldn't make work?

Somebody else asked about this recently and I was surprised that when I looked at the "cut" file, how much was in it. I'm going to start sharing some of those in the newsletter soon.

But I can mention one. There's a little batch of prompts that advise the reader to "Look like" a historian, or a futurist, or whatever, meaning look at the world in the manner that a historian, futurist, etc. I had one that was "Look Like Prey. Ultimately it was brought under control, but it was really traumatic. To the point that to this day, when I walk my dog, I'm constantly looking for threats.

It's a very intense way of looking at the world—like prey.The Video is designed to review and extend the topics and language presented in the Student's Book or to be used independently as the basis for a short listening and speaking Jack C. S2: Hi, S1. Point to picture 2 and invent full names for the man e. Windows or Macintosh format.

Option: Ss practice the alphabet in pairs, taking turns reading the letters. Nobody needs a tome on how hard it is to focus. And of course, what the number of them might mean.

LANITA from California
Look through my other posts. I am highly influenced by wolf hunting. I relish studying docunments stealthily .